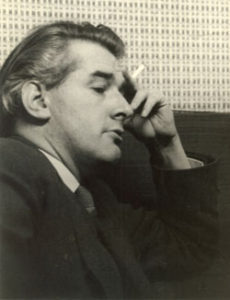 ‘The name, IAN WARDLAW, may not ring a bell with you. Let me tell you about him very quickly.He was born in 1925 and lived and worked in Dumfries. His spare time was almost entirely devoted to working for and with the Guild of Players. Directing, acting, lighting were his principal activities but he also put a lot of effort into the business of nursing the Guild through difficult times in an effort to make sure that it survived, improved and expanded. He obviously did not do this alone. Other names could be mentioned.

But above all he had a real sense of THEATRE. He was always keen that the younger members coming up, without whom the future of any drama club is non-existent, should learn the crafts of production in whatever line their talents and interests took them. Lights, sound, settings, props, costume, make-up and of course directing or acting.

Ian and I had done a number of productions together; he as director and lighting director, myself as an actor (I was once a professional). I also joined him on occasions adjudicating other peoples’ productions at Castle Douglas. Sadly, he died suddenly and unexpectedly while we were working towards a production of Murder in the Cathedral to be done in the Crichton Royal Church.

In 1992 his widow, Linda, and I put on a one-man play, “Old Herbaceous”, by Alfred Shaughnessy, in the Theatre Royal to raise funds to start a trust in Ian’s name which would assist someone each year, (whatever their age), in however small a way, to go on a course to further their knowledge of production techniques.’

So with the expert help of John Lawson, our Treasurer, the Trust became a registered charity, with 6 Trustees and £3,000 in the bank. By spring 1995 we began disbursing awards, and since then have granted 50 bursaries regionwide.